Fantastic NON-Fiction Book Group: The Only Plane In The Sky & The Day The World Came To Town 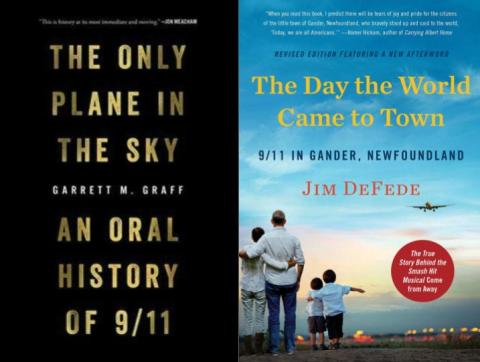 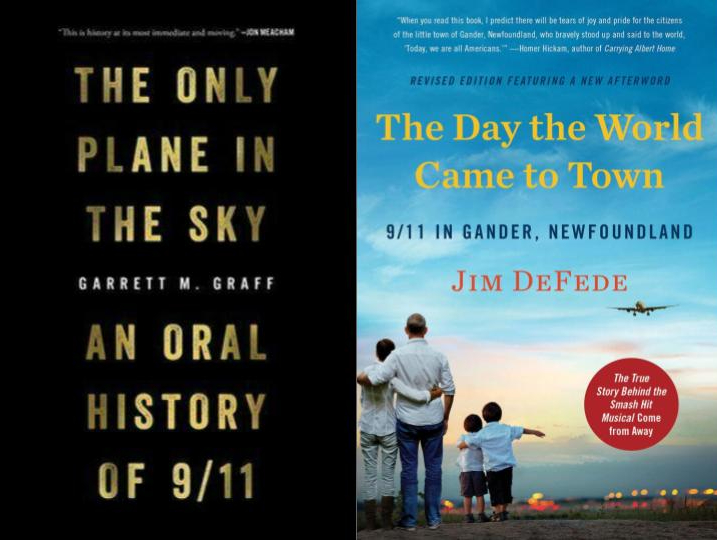 Don't forget about this event. Add it to your calendar.

Let your friends know about this event! Share it on social media.

Teen , Adult
Registration for this event is no longer open.

Fantastic NON-Fiction selections consist of titles that are engaging, compelling and go beyond stuffy facts and figures.  Join us for our first meeting.  The theme of the evening is 9/11.  Read one or both titles.

The Only Plane in the Sky: An Oral History of 9/11

In The Only Plane in the Sky, Garrett Graff tells the story of the day as it was lived—in the words of those who lived it. Drawing on never-before-published transcripts, declassified documents, original interviews, and oral histories from nearly five hundred government officials, first responders, witnesses, survivors, friends, and family members, he paints the most vivid and human portrait of the September 11 attacks yet.

The Day The World Came to Town: 9/11 in Gander, Newfoundland

Perfect for fans of the hit Broadway musical Come from Away.  When 38 jetliners bound for the United States were forced to land at Gander International Airport in Canada by the closing of U.S. airspace on September 11, the population of this small town on Newfoundland Island swelled from 10,300 to nearly 17,000. The citizens of Gander met the stranded passengers with an overwhelming display of friendship and goodwill.

Join us in the Campbell Room to discuss this month's title. Attendance is free and registration is required.

A limited number of copies of each title are available for checkout.